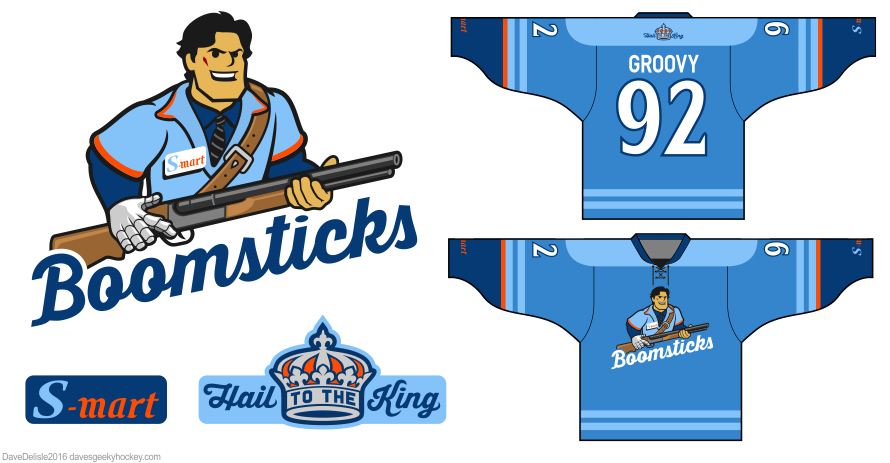 One of my biggest regrets is using a lot of Vancouver Canucks imagery for the Boomsticks 1.0 design. I am still emotionally scarred from doing that, being a diehard Calgary Flames fan and all. After watching Army of Darkness again recently, I was inspired to do a 2.0 design based on Ash’s S-Mart getup at the end of the film. I can now put this trauma behind me.

The design is mostly based on his uniform, with the S-Mart logo on the cuffs as a manufacturer logo. Hail to the King on a crown sits on the back. The numbers are the same as what the defunct Atlanta Thrashers used; it looks good on the blue and the font resembles the one used by the ‘Army of Darkness’ lettering on the film’s poster.

I did complete another version with a full-body Ash holding the gun over his head (just like in the boomstick scene), but he seemed too small so I went with this version. I’ll probably share that logo on Twitter and Facebook in the coming days.

Also if this gets offered, I don’t know if his nametag on the main logo will stick around, it might not be friendly for embroidery.