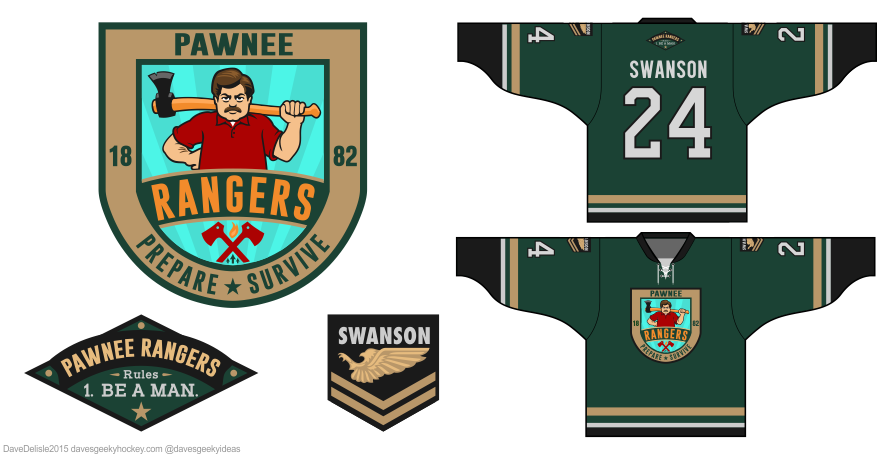 This one is based on the Pawnee Rangers episode from Parks and Recreation (Season 4, episode 4, also known as the Treat Yo Self episode), except I heavily modified the Rangers logo to include Ron himself. The ‘Swanson’ shield was shown at the end of the episode.

The drab grey uniforms the Rangers wore did not make for an interesting jersey, so I went with green instead. You’ll be forgiven for thinking this was a military jersey, the Swanson shield certainly helped push me in that direction.