I was playing with this as a concept for a Lannister design, when much to my surprise I learned that Harry Potter’s Gryffindor House also uses a lion for its logo. I figured, y’know, it would be a Griffin. Learn something new everyday.

The actual Quidditch uniform doesn’t have a large front logo crest or any names and numbers (that I can tell), it looks rather rugby-ish. Still it would look decent making the jump to hockey.

This design also reminds me of the Calgary Flames’ Heritage Classic uniforms from a year ago, which are nearly identical save for an additional gold stripe on each arm and a lace collar.

The design is still a work-in-progress, as I haven’t had much time to post anything, so I thought it would be fun to throw together.

UPDATE: Here is a variant. Thanks to Scott for the heads up about the star patch! 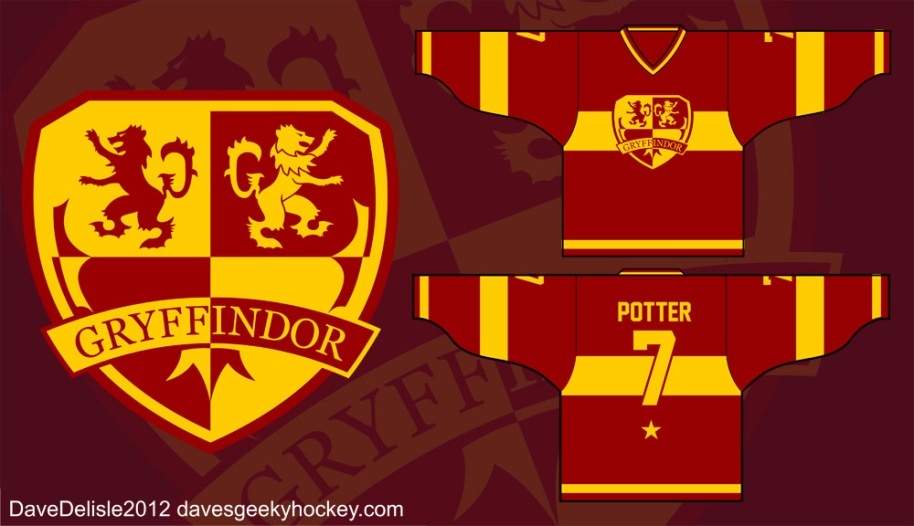